Science Hack Day: a meeting place for anyone

I was feeling a bit out of place at first.

I was surrounded by the bright LEDs and the Big Data that is the rapidly advancing tech world. I clutched my rock hammer tightly, and stepped into the fray.

As a young kid, I was a mediocre hardware hacker. I was more into the physical aspects of devices and how I could get them to do things in addition to their nature… or even better… use them contrary to the intended purpose rather than the coding/brute force/keyboard cowboy crowd. Phones were fun.

As I grew older, I lost interest in technology as a hobby, and just started using as the tool it is (minus the occasional rooted phone, game system tweak, or fooling around with RFID). By the time I became a paleontologist, it was almost non-existent… just a series of files stored away in my head.

Being invited to Science Hack Day as an Ambassador was exciting prospect! Those files could be dusted off and applied!

When I arrived, it was a great scene… friendly people, an awesome space to work in, and a sense of excitement.

Listening to some of the talks while I was waiting for mine started to concern me. I was only catching every third term. Heavy use of arduino. A home made cloud chamber? Seriously? Extracted strawberry DNA, in a homegrown…

Outclassed. Out of place. I grew more concerned that my 200 year old physical science of paleontology is so outdated in its simplistic approach, that my talk about being in the “dark ages of tools” already felt obsolete.

So, after an impassioned plea to the collected SHD masses to help bring paleontology into the 21st century, I hit the tables.

Motion captured dancing dinosaurs! Nice! Umm… I can give you ideas on dinosaurs to use…

The other geiscientists were hanging around the corner of the bar, in some sort of solidarity. Ideas got tossed around, finally settling on ground water detection with the simplest of tools. Nice. I’ll help out however I can… which led to supplying four of my pin flags for surface notification fossils as leads for subsurface testing, and helping to procure a bag of sand from a construction site.

“Ok”, I thought to myself. “I’m an Ambassador here. It’s my job to walk around and see what everybody is doing, help out where I can, and maybe while doing that, I can network for future projects.”

OpenROV for paleontological ice cave exploration in Siberia? Why not! Let’s stick it on a 6 wheeled chassis like a Mars rover, and send it in!

Now… if we put an echolocation unit on top of that, we could map it real time!

Can Arduino somehow be used for laser rangefinding? It can? Well then, here we go!

At that moment, I’m realizing that I’m fully into Science Hack Day. I might not have a physical prototype in my hands, but I have the contacts for materials (and possible funding), and a head full of ideas.

Science Hack Day is a meeting place for anyone… from tried and true JPL scientists, geneticists, and disaster-preparedness geologists… all the way to the casual arduino tinkerer. Everyone can find a place, get an idea, and tweak to their heart’s content.

Even a dusty, dirty paleontologist with a hardhat and a rock hammer.

If you’ll excuse me, I’ve got to get back behind the bar. We still have another day of hacking, and these people would like some drinks. If there’s one thing a paleontologist can really help with at a gathering like this, is sling drinks. 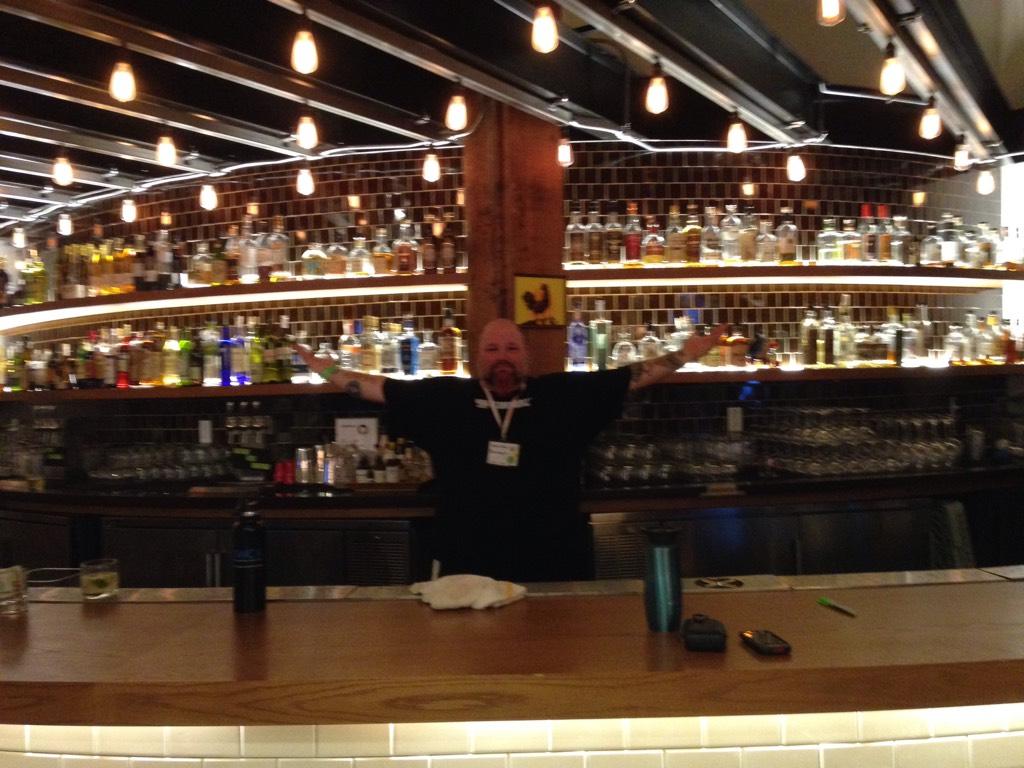 Trevor Valle is a mitigation paleontologist, and former Assistant Lab Supervisor at the world famous La Brea Tar Pits. His entire job is based on large construction crews digging big holes in the ground. When not getting dirty, he can be found doing amateur space research and experimenting with high voltage.